Elon Musk Leadership Style: 7 Effective Habits He Can Teach You There are very few individuals who have made a significant impact in a particular field of work.

The 49-year-old Elon Musk is someone who has countless achievements under his belt. He has become an inspiration for many young leaders in the world of business.

Elon Musk’s current net worth is a whopping $152 Billion. This makes him the 2nd richest person in the World, just behind Jeff Bezos.

Elon Musk is the CEO and co-founder of Tesla and the CEO and founder of SpaceX and Neauralink. He is also the founder of the Boring company and X.com (known as PayPal today).

With the responsibilities of so many innovative companies on his shoulders, it is easy to understand why the world would be so interested in Elon Musk’s leadership style.

If you want to learn about Elon Musk’s leadership tactics and style, stay with us till the end. This article digs deep into the strategies Elon uses to lead his companies to success.

What Type of Leader is Elon Musk?

https://www.distraktart.com/leadership-behaviors/Elon Musk’s leadership strategy is best defined as transformational. Transformational leaders work with teams to identify a need for change. They then lead the way as an inspiration to guide that change through their vision. And the owner of Tesla Motors, Musk, does exactly that.

It is integral to note that to bring about this futuristic change, a leader needs passionate employees. This is exactly why Elon Musk hires only the best of the best available to him.

Elon Musk believes there is always a better way to do things. He thinks about the future and brings out-of-the-box ideas to life with his innovative mind.

From manufacturing rockets to completely changing the automobile industry, Elon thinks way ahead of his time.

Now that we’ve discussed his leadership style, it’s time to shed some light on the characteristics of Elon Musk’s leadership.

With someone who has been so successful, there is surely a lot you can learn from him. You can study how he leads his companies and learn how you can emulate these in your life.

Elon is someone who is brave enough to think we can colonize Mars.

But here’s the thing. It’s not enough to be brave to do things like this. You have to be innovative as well!

To say that Elon’s goals for the future of the world are intimidating won’t be an overstatement. Elon Musk not only works hard to complete his futuristic goals, but inspires his employees to do the same.

And that is exactly why Elon’s companies are as successful as they are. Elon believes in teamwork while continuously innovating for a better future.

2) Elon is Impulsive and Fast-acting

To say that Elon Musk is erratic won’t be unfair. In fact, people know him for being highly unpredictable. It’s no surprise he is often the center of debate on social media over his impulsive tweets.

Some might suggest that acting impulsively is bad for business. But that’s not the case. If you know what you’re doing and assess the situation correctly, you can minimize the risk.

Being impulsive allows Elon Musk to move quickly in his business, without wasting too much time on the details. This strategy allows Musk to grow his business swiftly.

What separates astounding leaders from ordinary ones is their ability to think differently and do things that have never been done before. In short: they challenge the status quo. And how many times have we seen Elon Musk do exactly that? Countless…NO?

Here’s a token from the legendary Elon Musk in his own words. “Other advice I would give is to not blindly follow trends. Question and challenge the status quo.”

It’s understood that to achieve things no one has achieved before, you have to take steps that have never been taken before.

Let’s look at an example of this characteristic of leadership in action. According to Shotwell, a mechanical engineer at SpaceX, engineers at SpaceX didn’t use any pre-designed technology to build their rockets.

She further explained that to build the rockets, engineers at SpaceX look at the rocket industry to select only the best ideas and leverage them, without having to design around “legacy components that maybe weren’t the most reliable, or were particularly expensive.”

4) Elon Leads from The Front

One of the main characteristics of being a transformational leader is having insightful. But it’s not all that’s needed.

A transformational leader should not only have a clear vision but also make others believe in that vision. They should also lead from the front and inspire others to help achieve that vision. We see these qualities in Elon Musk’s leadership.

Dolly Singh, who is the former HR head at SpaceX, said, “The thing that makes Elon Musk what he is, is his ability to make people believe in his vision.”

This further cements that he knows exactly how to unite his team members for one common cause: a better future!

According to Elon Musk, great team members are at the heart of a successful company. The CEO of SpaceX emphasizes a lot on building an excellent team that can work towards accomplishing the vision of the company.

Here’s what the mastermind behind the success of Tesla Motors and SpaceX said about hiring at his companies.

“Hire great people, this is 90 percent of the solution, as hiring wrong can cost you so much,” Musk has said. “We challenge our leaders to hire people that are better than themselves, therefore making the company better with each hire.”

Elon Musk tries to create an environment in his companies that facilitates a free flow of information. He does not believe in the chains of command.

In fact, the CEO of Tesla, in a letter sent to his employees, directed them explicitly to communicate directly and quickly.

“Communication should travel via the shortest path necessary to get the job done, not through the ‘chain of command.’ Any manager who attempts to enforce chain of command communication will soon find themselves working elsewhere,” he wrote in the email.

According to Musk, poor communication causes the majority chunk of the problems at his companies. And to tackle that, he allows the feedback loop and freely flowing information between all levels.

Elon Musk believes that most meetings serve no purpose. He thinks the majority of the meetings add no value to a company and only distract employees from the more important things.

Therefore, Musk advises his managers to schedule meetings only when there is a need.

In one of his emails, Musk wrote, “Excessive meetings are the blight of big companies and almost always get worse over time. Please get off all large meetings, unless you’re certain they are providing value to the whole audience, in which case keep them very short. “

“Meeting frequency should drop rapidly once the urgent matter is resolved. Walk out of a meeting or drop off a call as soon as it is obvious you aren’t adding value. It is not rude to leave, it is rude to make someone stay and waste their time,” he further added.

If you look up to someone like Jeff Bezos and his Amazon empire, perhaps you’d like to read and learn about his leadership style as well.

Some of Musk’s Inspirational Quotes on Leadership

Want to know what Musk thinks about leadership and success? Read the quotes below for the best advice Musk has for young entrepreneurs. These quotes will surely motivate you to strive harder towards achieving your goals.

If you’re looking for more quotes to help you get your life back on track, read these discipline quotes you may find helpful.

From a firm belief in his vision to the ability to lead from the front, Elon Musk has got it all. Musk, by no means, is a perfect leader. In fact, there’s no such thing as a “perfect leader”.

It’s a leader’s capability to inspire his team towards achieving something for a better future that makes all the difference.

With a reputation for making groundbreaking technological advancements and not shying away from trying new things, there’s definitely a lot you can learn from Elon Musk’s leadership technique.

Enjoyed reading this post? Perhaps you’ll find our post on how to develop a billionaire mindset doubly interesting. 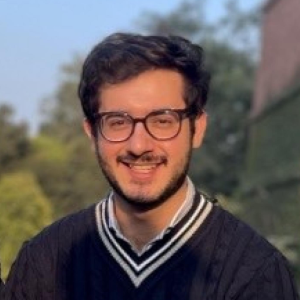 Usama Khan is a freelance content writer who specializes in writing blog posts for small to medium-sized businesses. When not writing, Usama can be found watching cricket or munching on some sandwiches.
Leave a Reply Cancel reply